Leaving Passau on the fourth of March, I left Bavaria behind and entered Austria (the fourth country on this trip). This is probably the most popular section of the Danube bicycle trail with thousands of cyclists traveling from Passau via Linz to Wien every summer. I decided to make a small detour to Salzburg instead, where I could meet up with my (would-be) stepbrother Jan. The first day I followed the quiet R3 bicycle way along the river Inn. In the morning I cycled through fresh powdery snow (which got caught up between the fenders) and compacted snow/ice but in the afternoon most of the way was clear. That evening I pitched my tent in a small pine forest near Braunau. It was a warm night with a spectacular sunset.

The next morning I woke up to birds chirping. I even spotted two deer! I think how much more peaceful it is here in the forest compared to a hostel in a big city. I cycle 60ks south west to Salzburg, the way into the city is a bit hectic but there is a marked bicycle trail. The last five kilometers follow a gravel path along the Salzach, very nice! I have some time to kill in Salzburg and do some reading in the late afternoon sun. Later I explore the city by bicycle and tackle the climb up to the Hohensalzburg festung. The climb is pretty grueling with the heavy bike on some of the steep bits. Up top I am treated to a view of Salzburg and to a buddha Stupa. I complete seven circles around the Stuppa with my bicycle and wish for good fortune on my trip east! Perhaps it might help, who knows! In the evening Jan and I go out for dinner. I get kasnocken which are cheese filled dumplings. A very hearty meal :)!

The next day I visit the castle where the vista on the city is unfortunately obscured by the clouds hanging over Salzburg. Still, I am amazed by how big the castle is. Apparently the castle was fortified over many centuries by consecutive bishops and it was never conquered by an enemy army. In the evening we discuss my trip supporting the World Bicycle Relief charity. Jan his experience in marketing and promotion helped greatly to fine tune my campaign message. So far sixteen donors have raised funds for twelve bicycles, so clearly it was a fruitful collaboration! I’m very grateful for Jan’s help, both with the charity but also for hosting me in Salzburg (y). My last full day in Salzburg is spent setting up the campaign page and preparing communication on social media and the website. Jan also offered to go on a helicopter ride, but the weather over the last two days hasn’t been great.

On the morning when I intend to leave, the skies have cleared up though and we go up for a short thirty minute flight over the city and the surrounding mountains in a Robinson R22. I’ve flown various rotary wing aircraft in PC simulation, but this is a very different experience. Taking off feels very smooth as the efficiency of the rotor blades increases significantly with air speed. The craft moves with the wind and there is so much to see on the ground. We fly east towards Fuschl am See. It’s interesting to observe the VFR regime in person. I enjoy sharing my passion for aviation with Jan. Perhaps I’ll get my PPL one day. For now it’s back to two wheels though. Around noon I leave Salzburg, heading North East back towards the Danube. I arrive around dark in Schwanenstadt with Thomas. He lives in a modern, compact home with a lovely garden. We share a beer and exchange thoughts over dinner in a nearby restaurant. Thomas is well traveled and has many travel stories to tell. For dessert I tried Topfennockerl which are cream cheese dumplings served with raspberries. Very tasty and very filling!

The next two days I decide to put in some kilometers in order to catch up with Bas who is headin to Wien. I spent most of the two days cycling the 280kms to Wien. I camp in a small patch of trees next to a road along the Danube and get an early start at 7:30. The second day, a Saturday, there are many families and cyclists out enjoying the sunny weather. The entry into Wien is long and I’m beginning to feel the fatigue. In Wien I cycle along the Ringweg where I pass the parliament and many other buildings before arriving in the hostel. Apparently all supermarkets close at 6 on a Saturday and nothing is open on Sunday. I make my way to the main train station where there is a small Spar market that is open 24/7. It’s expensive, but it allows me to cook a proper meal (Spaghetti) in the hostel kitchen. Tired but fulfilled I go to bed.

The next day, Sunday, Bas comes to the hostel and together we explore the city. It’s a nice change from being by myself all the time; much more so on the bicycle in the coming days/weeks. We wander through the city, walking into historic building after building. We treat ourselves to over priced Sachertorte. As a cyclist, calories are always welcome though and it was very tasty as well :). We cook another big dinner in the evening. The next morning we take off towards Slovakia. Cycling as a pair means that time passes faster, though the pace has to be matched. Bas typically rides faster than me, so he has to lower his pace a little.

2 Replies to “Seven days in Austria” 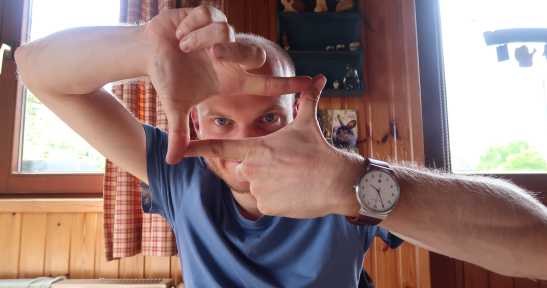 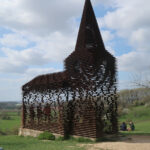 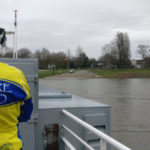 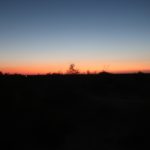